The Economics Of Crime And Prevention?

I was praised recently for keeping most of my postings here unemotional, but I apologise if I let a little emotion slip through in this particular piece. A few weeks ago, my house in Taman Tun Dr Ismail, KL, was broken into. It was the second break-in in broad daylight we had to endure in less that 8 months.

Fortunately, no one was home, but again, my wife's digital camera was stolen. The camera was a replacement I had bought her for the one stolen in the earlier break-in. The original camera was an anniversary gift to her. More personally, with loss of both cameras back-to-back, we have lost nearly all the photos of our one-year old ever taken.

A few observations to be made:

It is with great sadness that I have now installed an alarm at my house. When we've saved enough money, we'll probably move, though I struggle to imagine why we should or where we would move to from the 'safest suburb in KL'.

This long pre-amble is not intended to attract pity, empathy or indeed as a prelude to criticising the police. I actually am grateful to the police as both in the most recent and past experiences we have had with them, facing the danger and aftermath of break-ins, etc., they have been courteous, professional and showed great empathy. This despite obvious signs that they are being increasingly stretched of late.

Whilst the response time of the police to the alert of the second break-in was excellent and their actions in inspecting the house decisive, we noted that only one squad car came, when 8 months earlier, we had 2 arriving in the space of minutes. In addition, the detective and "CSI" was able to come within the hour of the report of the first break-in. On the most recent break-in, we had to wait for at least 4 hours.

The detective apologised for being late the second time as as it seems they have a major backlog, not just of cases, but of follow-ups to reports of crime! Again, this is no fault of his, we just have more crime, and the need for more police officers is more a challenge for the government.

And so I welcome the recent announcement that the government is planning on increasing police numbers in the WPI region, only...

Just some thoughts. One hopes that Pak Lah's new spouse will help him apply the proper and right priorities of his leadership upon the citizens of our increasingly fading nation...

In support of the new committee recently mandated by the Malaysian Government Cabinet Minister's Meeting to monitor internet behaviour by us wee bloggers, may I welcome this new government initiative (which must be now immediately active seeing as the civil service has become so much more efficient under the Lah-ist regime) by proposing the following pro-Lah action.

Could the Lah-ist Minister ZAM and Lah-ist Deputy Minister Johari Baharum in their respective portfolios of Information and Internal Security please consider banning this book: 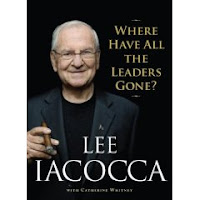 may be disguised as 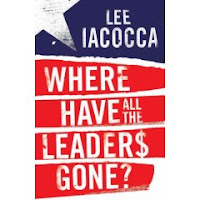 This is because, this book will potentially cause Malaysians to evaluate Pak Lah and draw conclusions, based on the 9 C's of leadership. This would:

In addition, some parties may also try to smuggle such titles in as audio-books. Such people should be treated with the contempt that ZAM and Johari's ministries typically reserve for PAS CD distributors or indeed bloggers!

As an ex-CEO famous for turning around Chrysler 2 decades ago, unfortunately Iacocca is probably too competent for Azlan Hashim to consider as a viable Proton CEO, so the best avenue for buying him off (if even possible) is self-closed.

It is unfortunate that this foreign national is not in Malaysia at the moment. Otherwise, I am sure the BSA Tahir treatment is the only suitable way of protecting Pak Lah's regime from further embarassment from such individuals. How long has BSA Tahir been in ISA by the way?

When A Proton Loses Its Charge...

Let's have a conversation about something that I've been keeping silent about for a while now, the snow-balling disaster at Proton. Silence seemed a wiser course of action knowing that my last long discourse on this matter was when it seemed a local entity with a credible leadership was being considered to replace the disasterous Azlan Hashim regime at Proton.

It was hoping that the national committee on this matter, led by the DPM Dato' Najib Tun Razak no less, was on the right track towards appointing an entity to guide Proton to a steadier footing, as the better option seemed... better... whilst the lesser one's main problem was not incompetence, but rather its sleazier self-serving owners. However, since such matters were in the press, some strange things have occured...

Firstly, when Proton's performance continued to dive, quarter by quarter, through to the poor final full year result posted recently, Azlan Hashim's Proton management acknowledged shortcomings due to 'need for a partner' or 'tough market environment' or 'high cost of steel'. These of course were excuses and nothing more, as the Proton management failed to acknowledge that:

Then, the issue of the collapse of the 2nd hand car market came up, with first Proton, then automotive bodies, bandying out the unworkable idea of a minimum trade-in value for used cars to kick-start the market. In many discussions, it was said that the National Automotive Policy (NAP) was too successful in reducing car prices, leading to this problem. Very few commentators in the mainstream media hinted that the issue was due to the failure of the NAP! How? In order of events:

So, if you follow the chain events back to the root cause, the reason for the collapse in the second-hand car market is the artificial lower car pricing forced by the government onto the car producers like Proton and Perodua due to the panic felt by the government's young inexperienced Oxbridge advisors when their policy didn't have any significant impact to the local market, on which they had also mistakenly over-focussed the policy on!

Why have we not heard condemnation or any sackings of the authors of the NAP for partly destorying Malaysia's car market, and potentially Proton too!

In the meantime, Azlan Hashim had to try and sell a success story for Proton seeing as his contract was due for renewal. He widely publicised the story of Proton's entry into Indonesia, with Proton also securing a deal to supply Wira's to a major taxi fleet. Maybe some clarification here:

A more recent tragic read I found in the mainstream press was, after the poor full year performance, Azlan Hashim had the temerity to suggest that he needed to select a new team to lead Proton, as Syed Azlan was probably unsuitable as a CEO and they needed a top class CFO! He seems to have forgotten that:

The litany of poor personnel decisions by Azlan Hashim in the past shows that he not only is not sufficiently competent to choose the next leaders for Proton, he doesn't deserve to even be retained in his own position in Proton. So is he being delusional or arrogant or just ignorant when he speaks of replacing key personnel at Proton?

And today, I picked up news that got me writting again, about how Khazanah, in a panic, is about to sell control of Proton's crown jewels, whatever remains of its intrinsic value, at a song to a company with VW and Sime Darby in the driving seat. Sime Darby? I thought Sime Darby management was too busy with Synergy Drive to bother with Proton!

What has happened to the plans on the DPM's table some months ago? Is Khazanah really that desparate that they will act despite the DPM's wishes?

As the PM will be busy getting married this weekend, and as I do not trust the PM's minders, I believe only the DPM can address the Proton issue now. I hope he's at least being given the right advice - that Proton needs an new local entity to assist it in any engagement with a foreign partner - Azlan has just made Proton too weak to do it on its own.

The entity I prefer to take up Proton's equity is one led by a leader with a proven turn-around and national service record. The entity also has strong synergies with Proton. The choice was obvious many months ago... and certainly not this VW/Sime Darby nonsense, or some crippled plodding American has-been company that also shares the news.

Dato' Najib... if you or your people deem my writing here worthy, please save Proton from the ill action of Azlan and Khazanah... the rakyat should get its investment's worth... pleas remember Proton is more than it appears to be...