Tun Dr M at a function in Pasir Gudang, Johor on the afternoon of Saturday, 29 August 2015, as the Bersih 4.0 gathering gains momentum at and around Kuala Lumpur's Merdeka Square, lays the blame squarely on the shoulders of DS Najib Tun Razak for the most recent Bersih demonstration. In his keynote speech, he laments that he does not usually agree with street demonstrations as there are more proper channels to resolve issues. However, in the case of Bersih 4.0, it has arisen and gained support as all channels to resolve issues have been blocked!

In Malay, Tun declares,"You report to the police to have crimes investigated, suddenly the one reporting is investigated!" Continuing in this vein, Tun Dr M decries the recent moves by DS Najib to shore up his political position, including the sacking of the AG TS Abdul Gani Patail and forced holidays, movements and retirements of members of the Malaysia Anti-Corruption Commission and the Police Special Branch to curtail efforts to prosecute the Prime Minister for financial crimes, linked to the 1MDB scandal.

Explaining the anger resulting in such strong support for the Bersih 4.0 rally, he encapsulates the anger and shame brought upon the nation by DS Najib's confession of receiving RM2.6B into his private accounts as a 'political donation', a claim thoroughly disbelieved by a majority of Malaysians. Reflecting on the suspicions in the minds of most Malaysians, he says,"Never before has a Prime Minister stolen any money... oh no, not steal, 'donation'." This anger towards blatant corruption at the highest levels of government Tun Dr M fears will lead to BN losing the next General Elections (PRU14).

Tun Dr M clearly zooms into the need to remove from office the person at the centre of the country's political and currency crisis, referring to DS Najib's use of the vulgar Malay word Bangsat recent,"Yang nak membangsatkan bukan UMNO, tetapi orang ini! ... Anda pergi, maka selesai segala-galanya..." In line with this, replying to a question by a retrenched MAS stewardess on whether she should continue to vote BN at the next elections, Tun Dr M replies,"Kita nak BN menang, tapi kita nak Najib kalah", laying the responsibility of rejecting DS Najib on his constituencies in Pekan, Pahang to 'save the country' from the sitting Prime Minister.

As DS Najib frets about Bersih 4.0, it is the gathering in Johor that will likely snowball towards his eventual removal from office, as UMNO's stalwarts plan to gather in KL, in growing wrath, for its General Assembly in the hundreds of thousands later in the year... 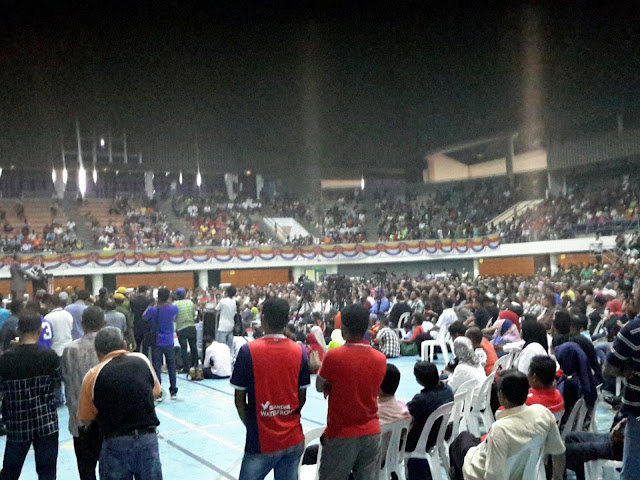 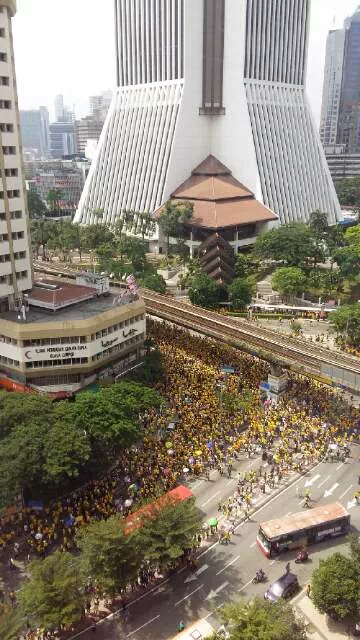 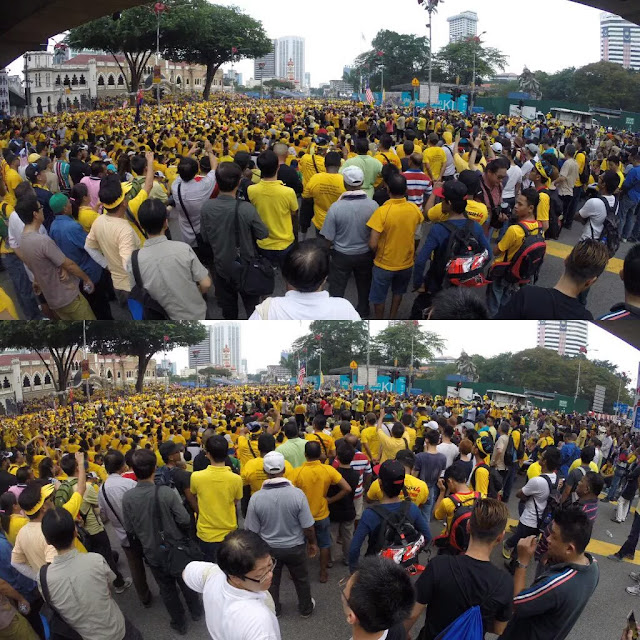 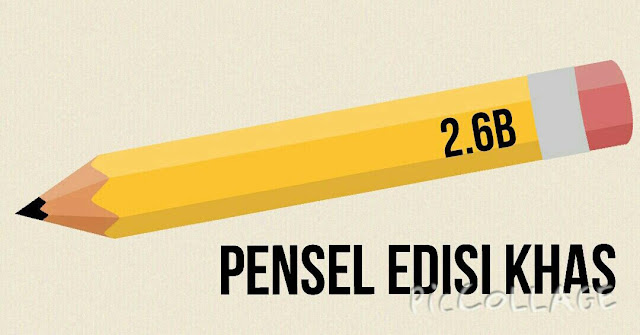 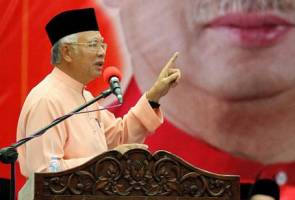 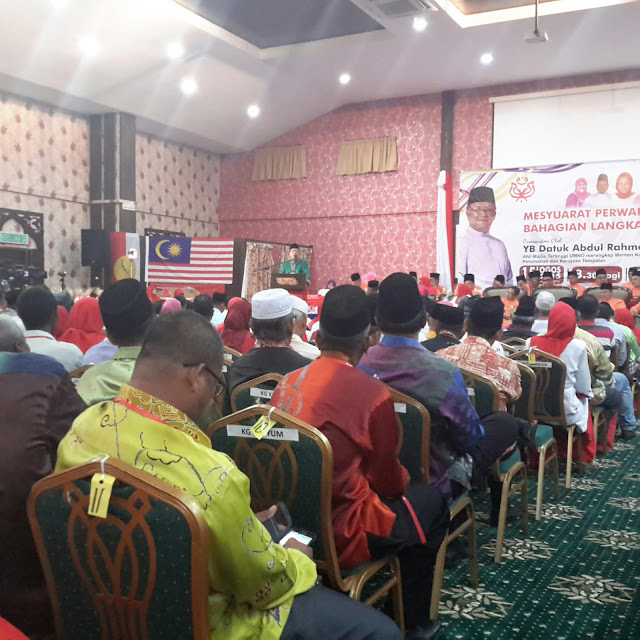 Posted by Unknown at 1:30 am No comments: 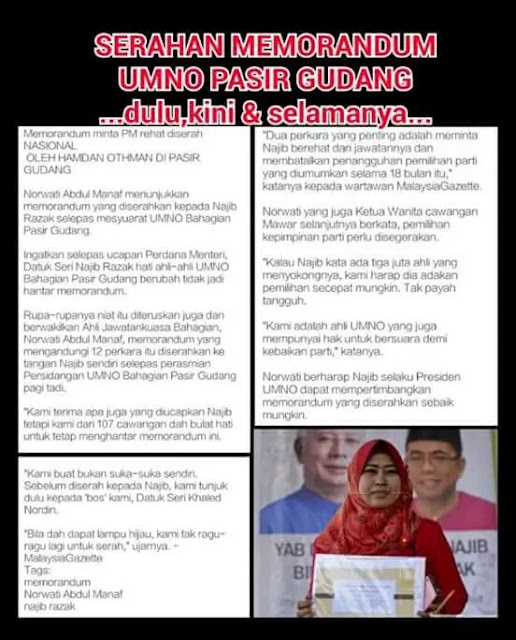 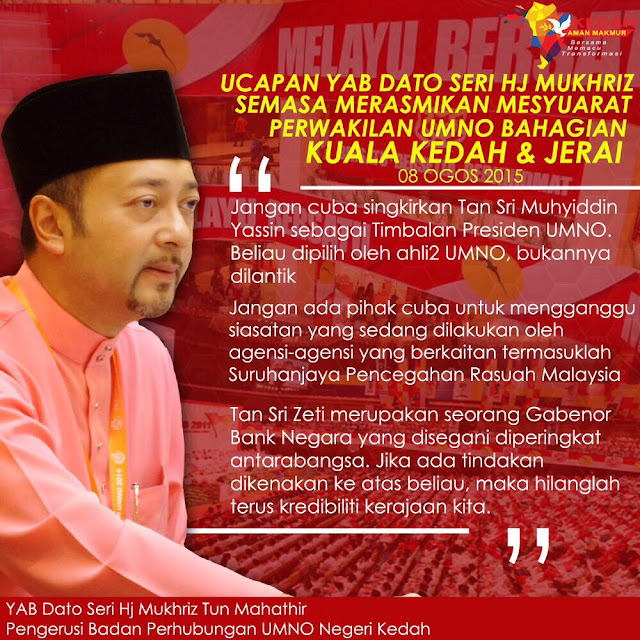 Posted by Unknown at 6:20 am No comments:

RM2.6B Confirmed In Najib's Account In Eagerness To Prove Innocence?

The trials and errors in defending DS Najib's position vis-a-vis 1MDB continues with the Malaysian Anti-Corruption Commission (SPRM) inadvertantly confirming through the media that RM2.6B was deposited in what was DS Najib's private account at AM Bank in an apparent rush to prove his innocence! SPRM in a media statement first reported by state media agency Bernama stated that the monies allegedly deposited in DS Najib's account was not from 1MDB but were instead from 'donors'. The faux pas committed here of course if that it is clearly implied that RM2.6B WAS DEPOSITED INTO DS NAJIB'S ACCOUNT... BY DONORS!

It is of interest to some that the statement from SPRM came soon after raids by the police on the offices of the Director and Deputy Director of SPRM itself to investigate so called 'leaks' in the investigation. However, any questions on the timing of the media statement soon after the raid was swiftly and strongly overtaken by accusatory questions across social media, which this blogger believes is mirrored by discussions among Malaysians across every household, coffeeshop, office and cars in traffic jams across the nation such as:

1 - So confirm lah DS Najib got RM 2.6 Billion deposited in his personal account?
2 - From donors? Which donors are these?
3 - Are the donors local or foreign donors?
4 - Donors for what? To fund for elections ka or something else?
5 - If from donors, then why did they deposit it in his personal account?
6 - WHAT DO THE DONORS WANT IN RETURN FOR BEING SO GENEROUS TO DS NAJIB?
7 - Etc
8 - Etc
9 - Et al...

What makes this latest furore even more ridiculous is that it came in the wake of denials from none other that Malaysia's 'favourite' politician Datuk Ahmad Maslan on such monies acknowledged by DS Najib as being in his personal account in response to a viral video alleging such (see graphic at bottom for details). The original accusations came from an article in the Wall Street Journal in early July to which DS Najib has responded to with an investigation which is, like everything else to do with 1MDB, is still on-going... DS Najib himself is of course as usual ... silent ... about the whole matter.

This blogger has time and again stated, a little here, but also in other media that there is really something wrong with DS Najib's media and communications management... of course, there lots of other stuff wrong about his administration, but the comms weakness is appalling! To compound that now, even new members of his new '1MDB Cabinet' appointed to shore up support for him have begun showing their own 'foot-in-mouth' problems! In the end, DS Najib's problems continue to be mainly his own fault, either through his own actions or those who continue to make mistakes whilst trying to 'help'.

Perhaps this is yet another signal that it is time for DS Najib to leave office... whilst there may still be some scrap of dignity left to his name... and whilst Malaysians may still be convinced that he is worth forgiving... 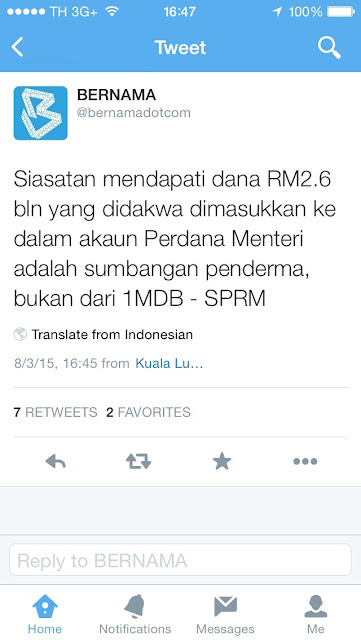 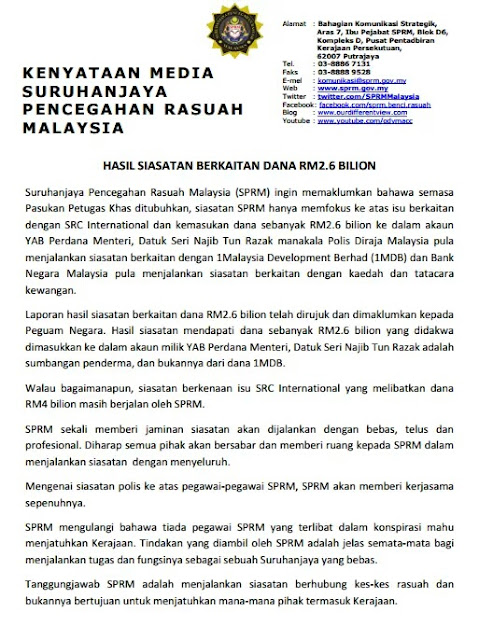 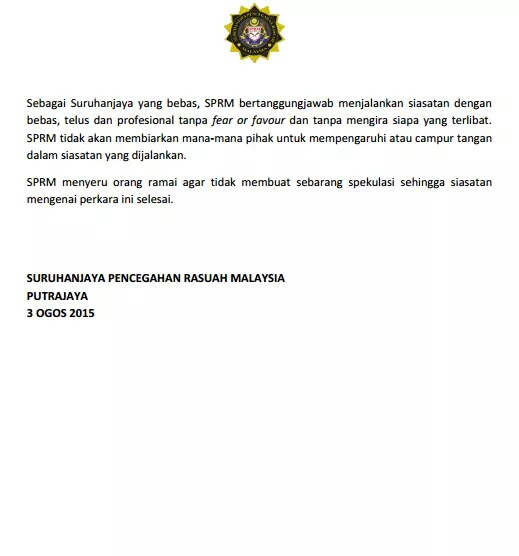 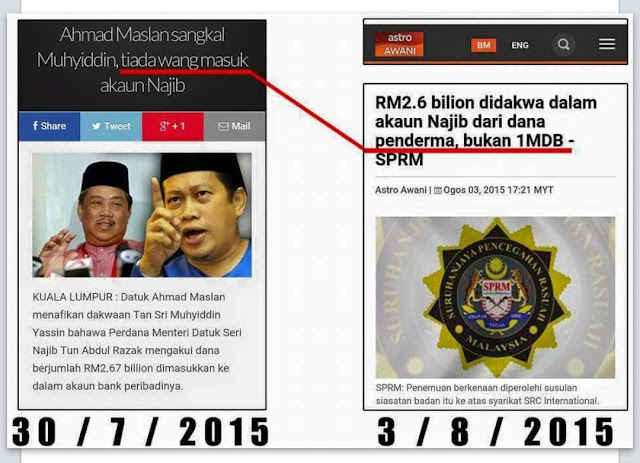 From Jho Low To Low Yatt, A Nation In Leadership Crisis Well Before #1MDB